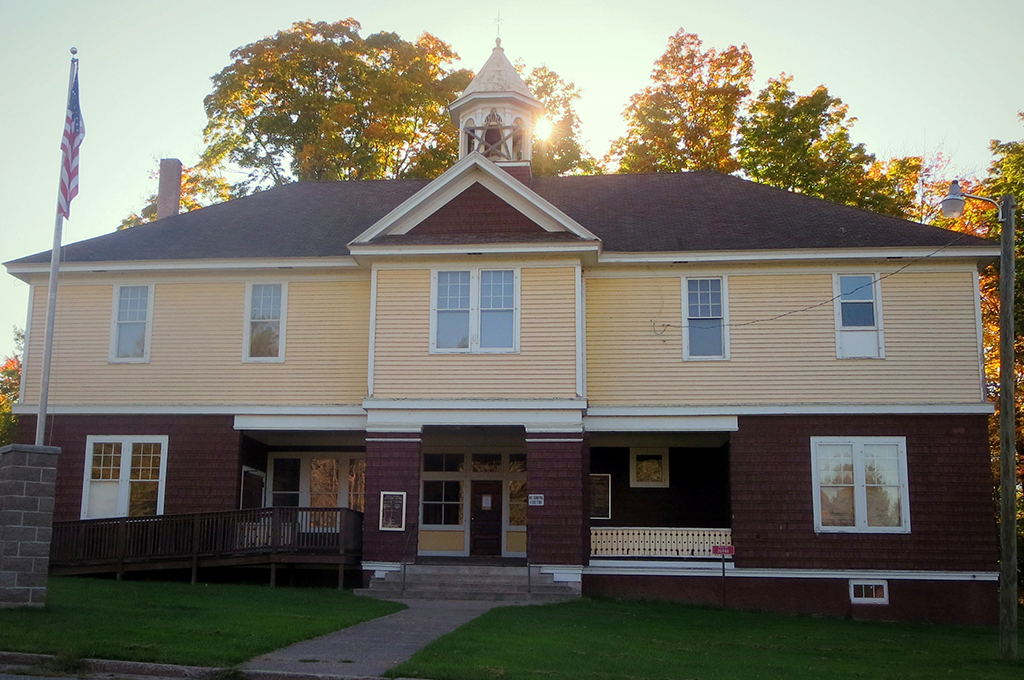 CALL TO ORDER:  Supervisor Jay Fish called the Regular Board meeting to order at 6:00 P.M at the Arvon Township Fire hall on November 7, 2022.

PUBLIC COMMENT:   Nancy Strohshein asked the board about purchasing a Zoom account for the Planning Commission board.  The new member that was appointed last month, winters down south and won’t be able to attend the winter meetings.  The board did not think that is acceptable anymore for board members to zoom.  Strohshein will look into it for next month’s meeting.

-James Soli let the board know that the EMT/Fire Dept. radios have not been updated yet.

OLD BUSINESS: Land division will be tabled until next month’s meeting.

-Fish was contacted by Glen Anderson of the Western U.P. Health Department.  Anderson let Fish know that the Sawmill property owners are applying for a remote cabin/vaulted privy (300 gallon tank) and a hand pump for their water source.  Prior talking to Anderson, Fish was contacted by township residents, letting him know that if the Sawmill property owners get away with this kind of system, they will sue the township, expressing how they had to follow the state requirements of a raised mound system with all its costs, then so should everyone.  All the citizens that were present at the meeting also said that the remote cabin/vaulted privy and hand pump should be denied, even a 1000 gallon tank.  One explained how wet and swampy that particular parcel of land is on Sawmill Rd.  Fish explained that the board is not trying to be unwelcoming, we are just following the laws and rules.  Fish asked for approval from the board to allow the Sawmill Rd property owners to apply for a remote cabin/vaulted privy and a hand pump water source.  Motion denied by all board members.  All in favor, motioned passed.

-Fish, Janda and Wahmhoff are going to plan a day to go to the Skanee Cemetery and find all the pegs that Swanson put in.  Also, the township should hire out an Imaging company to find exactly where the sailors are buried.  This will be tabled until next month’s meeting.

-Building contractors let Fish know that the State Electrical inspector is not responding to their calls.  Fish talked to Phil Rowe about the job.  Rowe is interested in it but will have to follow up on some extra training for the State.  Marinich will put an ad in the paper for an Electrical Inspector position for Arvon Township.

NEW BUSINESS: Keith Erickson is requesting more military markers.  Also new letters and glass for the monument in front of the township hall. The fire hall flagpole also needs to be replaced.  Marinich motioned, seconded by Eliason to approve Erickson’s requests and flagpole.  All in favor, motion passed.  Marinich will purchase all requests.

-Ken Anderson has been dealing with health issues and is stepping down from the Arvon Township Building inspector/Zoning administrator.  Anderson recommends Nathan Davis to replace him.  When Anderson is feeling better, he is willing to help the new replacement.  He also recommended keeping Schneider on as the alternate.  Davis will have to take the state level training.  Marinich will put an ad in the paper for a Building inspector/Zoning Administrator position for Arvon Township.

-Chip LeClaire was at the meeting asking the board what procedures he would have to go through to open a five site campground on his land towards the Mouth of the Huron.  This will be tabled until next month’s meeting.

BILL APPROVAL:  Eliason motioned, seconded by Janda to approve the bills.  All in favor, motion passed.

NEXT MEETING DATE:  The next meeting date will be December 5, 2022.

ADJOURN:   Eliason motioned, seconded by Wahmhoff to adjourn at 7:20 P.M.  All in favor, motion passed.